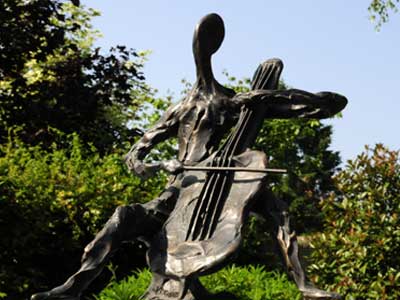 Paul Tortelier was a French cellist of considerable talent and with an international reputation.  His English was good and he was persuaded by the BBC to allow them to televise him giving masterclasses to some select pupils.  The result was unexpectedly extraordinary television even to non-musicians.

He was so vibrant and charismatic. His energy and passion passed right through the screen and the masterclass dynamic was so unknown to the majority of the TV audience, that the experiment became a regular fixture on the BBC throughout the 60s and 70s.  He was truly inspirational. As he caressed the most amazing sounds from his cello, he became lost in the music and his fine head vibrated passionately from side to side.

On the night he died it was my Mother’s 76th birthday and we had celebrated with dinner in London. Later that evening, I heard the news in my London studio and I made this model in just a few hours before retiring to bed. Next day I looked at the work and thought that I had captured Tortelier ‘in the moment’. 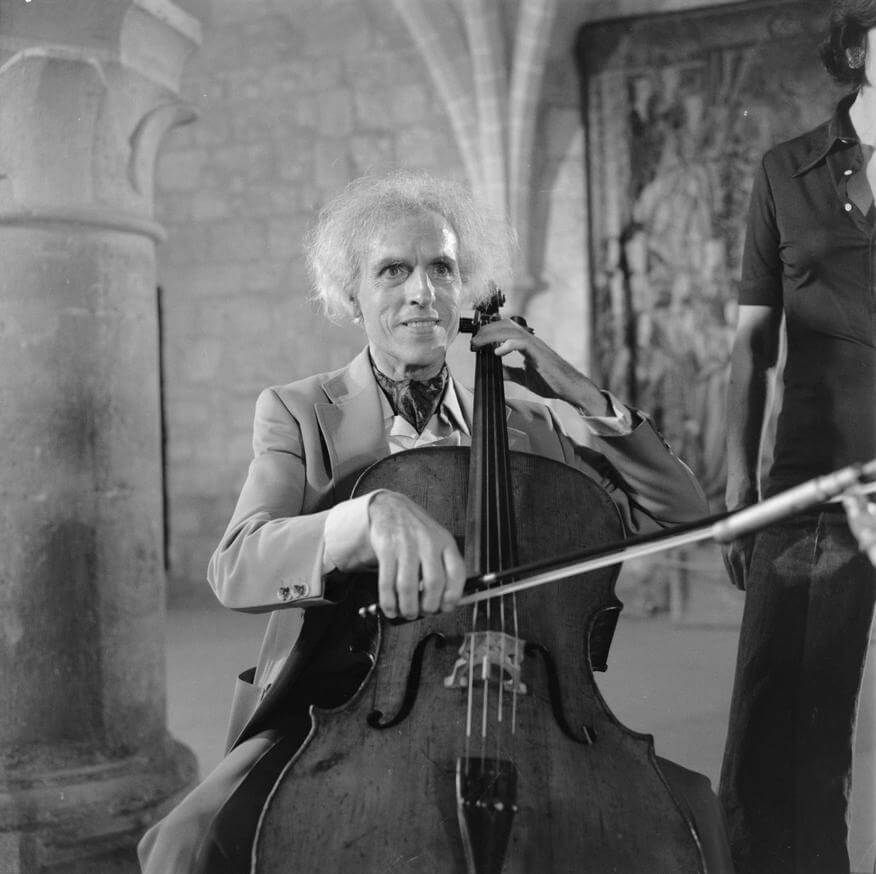 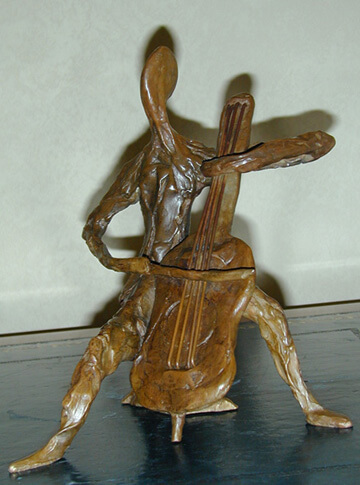 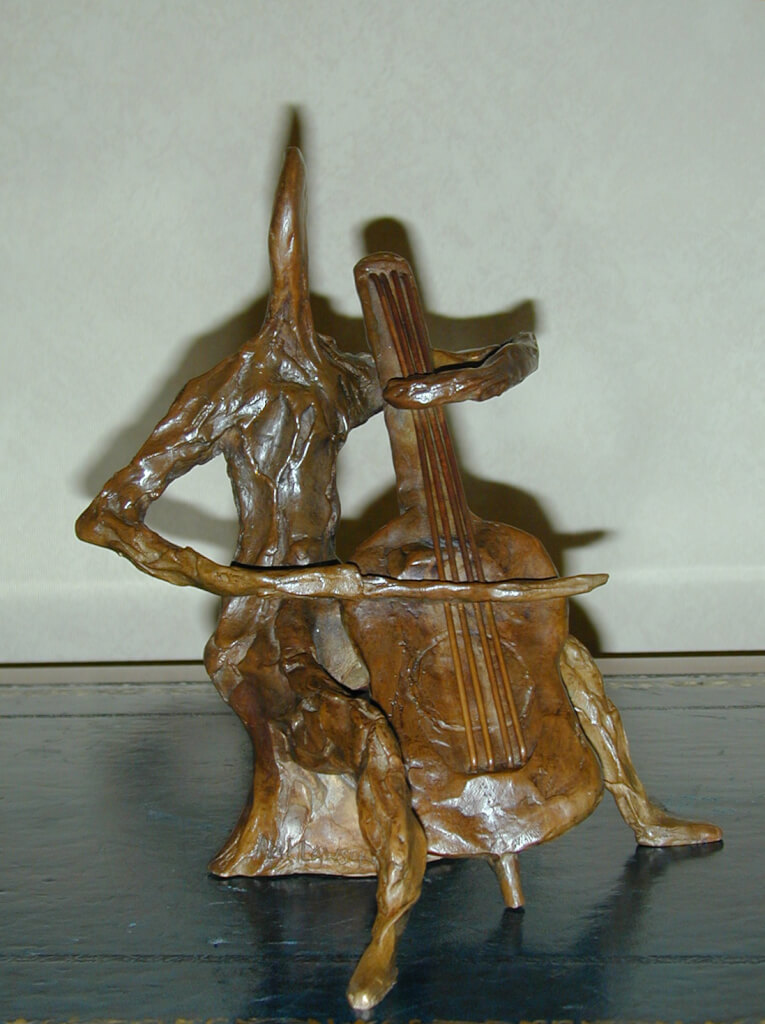