This article was published in ‘The Barons 500’ which was a book published for the Millennium listing the 500 most influential people in the world. 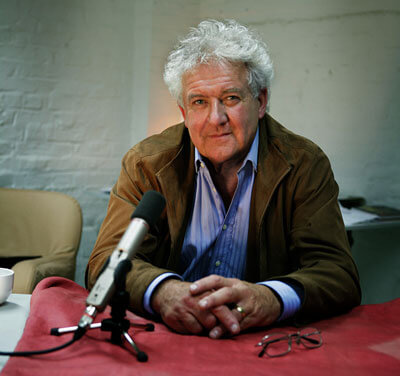 Dr. Neil Anthony Lawson Baker was born in 1938 in Hertfordshire, England.  The son of Guthrie Dudley Andrew Baker (Chartered Surveyor and Auctioneer) and Margaret Charlotte Baker, Dr. Lawson Baker has two brothers, John Stewart, an Attorney, and Colin James, a medically qualified Dental Surgeon.  In 1972, Dr Lawson Baker married Susan Carol Vetter, but was later divorced in 1980.  He remarried in 1992 to Auriol Susanna Pace, by whom he had a son, Thomas William but divorced again and is now married to Grace.  They live with several dogs and horses on a farm built in 1572, in the West Sussex countryside near the beautiful ancient Roman Cathedral town of Chichester on the south coast of England.

Dr. Lawson Baker was educated at Shirley House and Barnes Lodge Preparatory Schools, Merchant Taylors’, Sandy Lodge and Guy’s and St George’s Hospitals in London.  A man of great accomplishment, he has received two honours degrees in Medicine and Surgery, earning an M.B.B.S. degree in 1963, a B.D.S. degree in Dental Surgery in 1969, the Royal College of Surgeons diploma L.D.S. R.C.S. (Eng)., and the Brodie Prize in Clinical Surgery.  Dr. Lawson Baker has worked in several different fields of medicine and dentistry over the course of his distinguished career.  He conducted his internship in Ear, Nose, and Throat Surgery during 1969 and 1970, and later worked in the Plastic and Reconstructive Surgery field and in Radiotherapy at Charing Cross Hospital during 1991. From 1971 until 1974, Dr. Lawson Baker served as a Registrar in Dental and Oral Surgery St. George’s Hospital, the Royal Dental Hospital and the Royal Marsden Hospital for Cancer.  Also, he personally underwent surgery and radiotherapy for Bilateral Malignant Testicular Seminoma in 1972, and has thus experienced medicine from the point of view of the patient, as well as from the viewpoint of the physician.  In terms of his work in dentistry, in 1969 Dr. Lawson Baker purchased The Wilton Place dental practice, and was joined by Dr. Michael Furness and Dr. Jose Souyave in 1970 and 1983, respectively.  Presently Dr. Lawson Baker is the Senior Partner in this famous London dental practice, which was established in 1842. Additionally, in 1978 he founded the Oral Hygiene Centre for Preventive Dentistry, now owned by his youngest brother Dr. Colin Lawson Baker and his partners.

Showing his versatility and varied talents, in 1987, Dr. Lawson Baker co-founded the Lawson Baker Partnership for Corporate Sculpture and Design with his then wife in 1987; in addition he sculpts many private commissions, mostly in bronze. One example is ‘Sterling’, shown at left on the following page, which was commissioned for Sterling House, London, and of which a maquette was presented to Prime Minister Margaret Thatcher for her office desk in The Houses of Parliament, see adjacent photo).  Another commissioned work, ‘Speak to us of Prayer’, was presented by His Royal Highness Prince Philip Duke of Edinburgh at the United Nations Security Council in 1990.

During 1991 the Arts Committee of the House of Commons commissioned ‘Portcullis & Crown’, a bronze sculpture dedicated by His Royal Highness Prince of Wales; Marcel Marceau, the Mime artist, requested that his hands be sculpted, and other sculptures were privately commissioned and gifted to His Majesty King Fahd and His Royal Highness Prince Ahmed Bin Salman Bin Abdul Azziz Al Saud in the Kingdom of Saudi Arabia.  In addition, LIFFE, the London International Finance Futures Exchange, commissioned ‘Open Outcry’, a bronze trader, which was unveiled by Her Majesty the Queen, and during 1992 the London Stock Exchange commissioned the bronze ‘Trading Globe’.  A commission by Zakhem, ‘Speak to us of Children’, was completed for the Kahlil Gibran Library at Beirut University College in Lebanon.  In 1993, ‘The Flame’ was commissioned by British Gas plc, for the HQ of British Gas Exploration and Production, and was unveiled by The Rt. Hon John Redwood; in 1994 LBP was commissioned by Omega to cast the ‘Omega 24 Hour Trophy’, presented every four years to the skipper of the yacht in the Round the World race which covers the most distance in a 24-hour period during the race.  At the 1994 opening of the Channel Tunnel, an LBP sculpture was unveiled by Her Majesty the Queen and President Mitterand of France.  In the same year, a commission by the Runnymede Council for ‘The Magna Carta Fountain’ was unveiled by Sir Thomas Bingham, the Master of the Rolls, on June 17, 1994 to celebrate the signing of the Magna Carta by King John and the Barons which took place on June 17, 1215.  Moreover, in 1996 the Lawson Baker Partnership was given a very special commission to design the VIP entrance for the New National Stadium in Kuala Lumpur.  Malaysia for the opening of the Commonwealth Games in 1998. This piece, includes a 42 foot sculpture of a Keris sword, one of the national symbols of Malaysia, framed by seven heroic arches and a 300 by 15 foot reflective water pool.  It also has a 54 foot mosaic marble base, designed in the shape of a 14 pointed star in order to represent the states of Malaysia.  The Keris was unveiled at the inauguration by Dato Sen Dr. Mahathir Mohamad, the Prime Minister of Malaysia. Most recently, in recognition of their substantial artistic contributions, Dr. and Mrs. Lawson Baker were presented to Her Majesty the Queen at the occasion of the closing ceremony of the last Commonwealth Games of the 20th Century.

Dr. Lawson Baker is the Founder and Chairman of the Chearish Fund for Children Hospices, and in particular for Helen House Children’s Hospice in Oxford, the first children’s hospice in the world, founded in 1981.  In his free time, he enjoys classic car competition and rallying.

Additionally, Dr. Lawson Baker is an equestrian; he owned, rode and sponsored a number of horses which competed with the British Team, as well as participating in 1 and 3 day events.  He has played squash as a member of the Jesters and enjoys golf, tennis and motorcycling. He dedicates part of his time to equestrian breeding, and the family owns the famous Arab Stallion El Saleem.  He is also a committed environmentalist.

As one might expect, Dr. Lawson Baker is a current member of a number of associations, including the Arts Club, and Royal Automobile Club in London, the International Sculpture Center in Washington, the Vintage Sports Car Club, the Facel Vega Club, the Austin Healey Club, the Classic Rally Association, the British Horse Society, the Anglo Lebanese Association and the Historic Car Rally Register.  He is also a Friend of the Royal Opera and Ballet, the Royal Academy of Art, the Tate Gallery, the National Trust and the Royal Society for the Protection of Birds.  He is proudly a Freeman of the City of London and a Liveryman of the Worshipful Company of Barbers at Barber Surgeons Hall in Monkwell Square, London.  Notably, Dr. Lawson Baker, as honorary librarian, re-built the Antiquarian Library with historical reference books.

His challenge for the millennium was the first global car rally ‘Around the World in 80 Days,’ a Classic Car Rally Association event, organized by Philip Young.

Postscript: The rally left Tower Bridge in London on May 1, 2000, with over 100 teams entered, crossing Europe and Asia before entering US territory at Anchorage, Alaska on June 7.  It crossed Alaska and then passed down through the Rocky Mountains and across Canada, re-entering the United States in Montana and arrived in New York in early July.  Following this, the rally ended by crossing to Africa, and then travelling back into Europe through Spain and France, before returning to the starting point in London for the finish. This rally is the longest rally in motoring history in both time and distance.  Dr. Lawson Baker’s personal mission for the rally was to collect £500,000 in sponsorship and donations for Helen House Children’s Hospice.