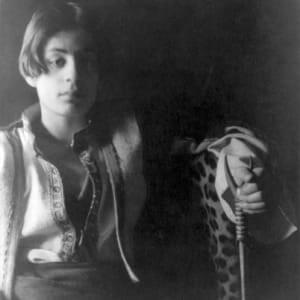 Kahlil Gibran (or more correctly Gibran Khalil Gibran) was born in Lebanon in 1883.  The family were Maronite Christians, living in a small mountain village called Bsharri in the north-east. The area was part of the Ottoman Empire at the time and there was significant political instability and destitution.

His first major ‘life event’ was being paralysed at the age of ten for several weeks by a severe fracture.  Happily, he made a full recovery.

Two years later, his father, a tax-collector, was jailed for embezzlement, so the family emigrated.  His mother made the bold decision to take the whole family to live in America.  So, by the age of 12, his life had changed forever.  He was destined, with his brother and sisters, to live most of his life in the USA.

Gibran was sent back to Lebanon in 1898 to study at a Maronite school in Beirut. However, the death of one of his sisters from tuberculosis in 1901 led to him returning to Boston that year. His brother and mother died the following year. Despite this devastation, he continued working as an artist, supported by his seamstress sister. 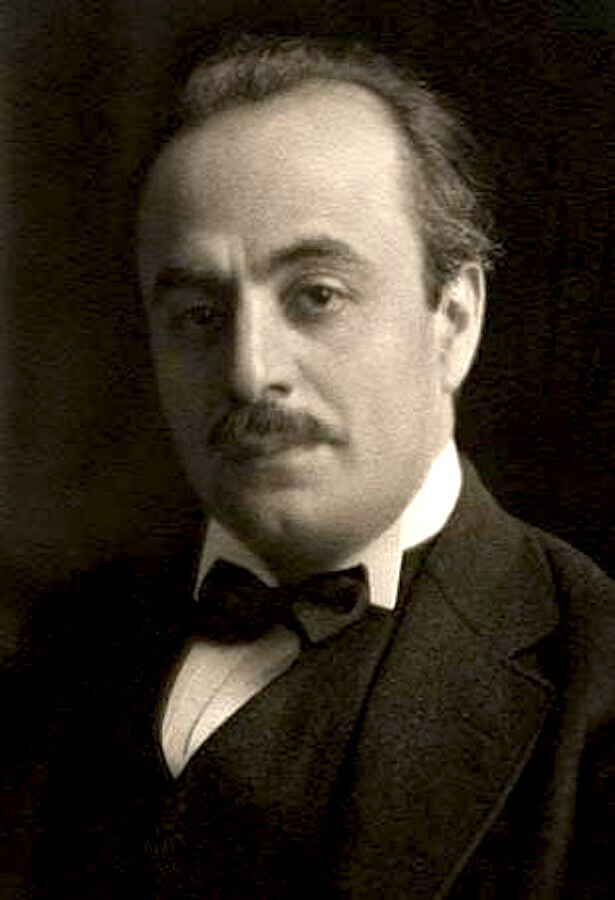 Gibran’s first known exhibition was of his drawings and was held in 1904.  About that time, he began writing a weekly column for the Arabic newspaper al-Mohajer.  He published a pamphlet on his love for music in 1905, and shortly afterwards, two collections of short stories.

In the meantime, he met the headmistress of a school in Boston called Mary Haskell.  Mary became his literary collaborator.  She became his lifelong patron and funded his studies at the Académie Julian, a private art school in Paris from 1908 – 1910.  He met Rodin at the Academié.  She subsequently also funded his move from Paris to the New York studio which became his home in 1911. 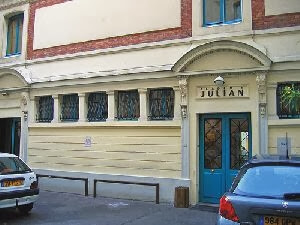 He also formed a life-long pen friend relationship with May Ziadeh مي إلياس زيادة‎.  May was an important newspaper author and fellow poet, based in Cairo.  She was a Lebanese-Palestinian and, like Gibran, had been brought up in the Maronite faith.  Their friendship is documented in the book Blue Flame – The Love letters of Kahlil Gibran to May Ziadeh.  It was an extraordinary and intense relationship, lasting until he died, but they never met.

Around the First World War

In 1912, he published a novella al-Ajniha al-mutakassira (Broken Wings) and held an exhibition of his paintings in 1914.

Soon afterwards, Gibran began writing for an Arabic newspaper called al-Funun.  He joined another newspaper, Fatat Boston (Boston Young Girl), as well.  Later, in 1920, he founded al-Rabitah al-Qalamiyah (The Pen Bond), which was a society of Arab writers.

During World War I, Gibran began writing books in English beginning with the The Madman in 1918.  After the war, he published The Forerunner in 1920.  In 1919, he published the poem al-Mawakib (The Procession) and a book of art called Twenty Drawings.

In 1923, he published The Prophet which became his most famous book.  It’s probably his greatest legacy to the world.  The limited reviews of the time were mixed, but it quickly sold out its first edition.  It has since been translated into over 100 languages.  It became one of the best selling books in the world by about 1970 and eventually made him one of the top three selling poets in the world with Shakespeare being No. 1. 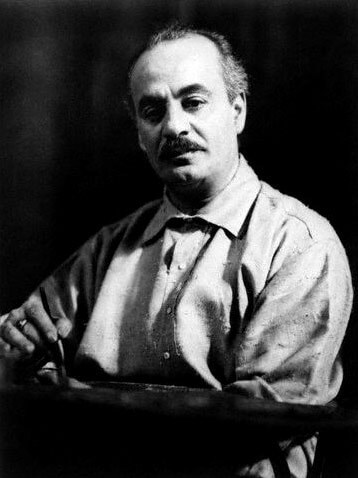 New York in the Twenties

Gibran joined New York’s New Orient Society.  It published a quarterly journal and had some significant contributors such as H.G. Wells and Bertrand Russell, as well as Gibran.

By this time he had formed a strong relationship with Barbara Young.  She sat with him in his studio, recording his every word in writing.  Then, in 1928, he published Jesus, the Son of Man, which is a collection of reflections on Christ.  It is unusual in that the contributors are a mixture of historic as well as imaginary people.

Sadly, Gibran’s health was deteriorating however.  He became increasingly dependent on alcohol and more reclusive.  But, he was still writing and published The Earth Gods in early 1931, before his death from cirrhosis of the liver on 10th April that year.  Gibran left a finished manuscript of The Wanderer which, with the work of Barbara, was published posthumously in 1932 and enjoyed considerable success.

Gibran’s body was returned to Lebanon and is interred in Bsharri at the Mar Sarkis monastery.  The monastery has since become a museum. 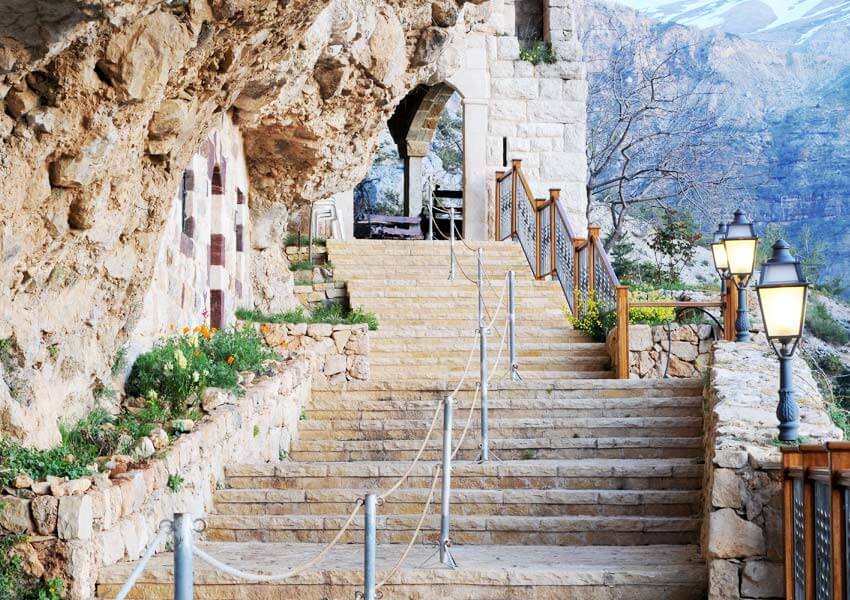 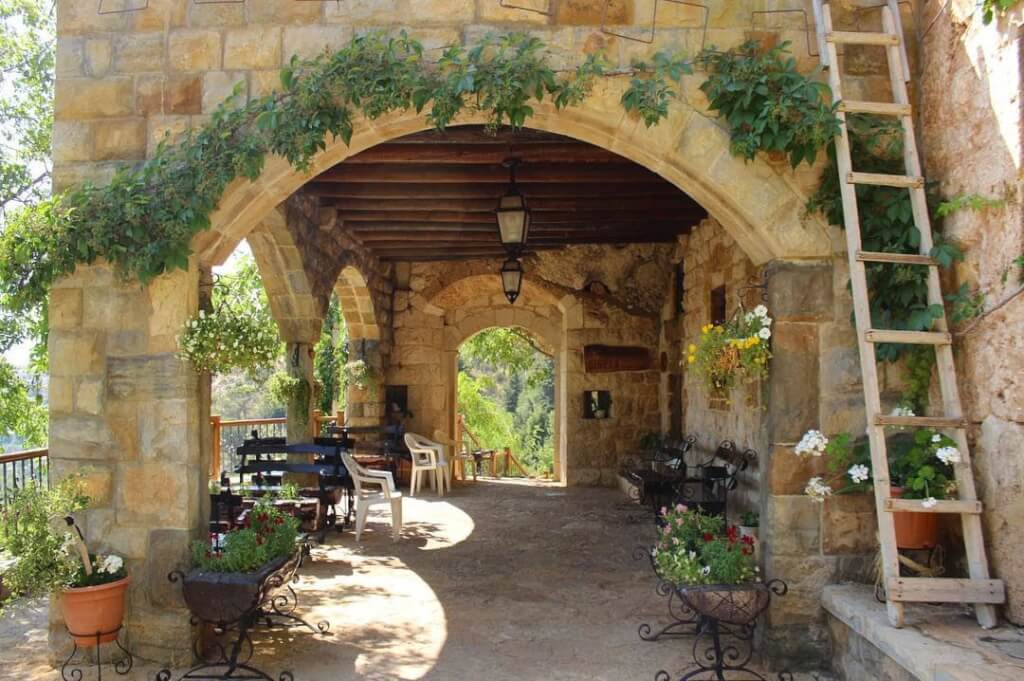 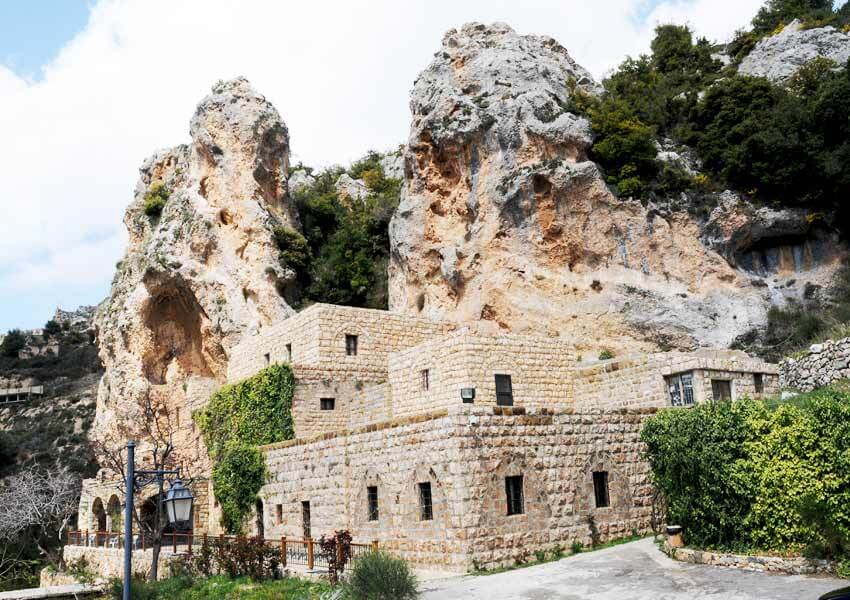 These photos are all of the Gibran Museum in Bsharri in Lebanon, courtesy of the museum.

I first visited the museum in 1972.  I was so impressed.  I can’t recommend a visit strongly enough.  The place is amazing.  The contents are stunning and it is all beautifully displayed and curated. 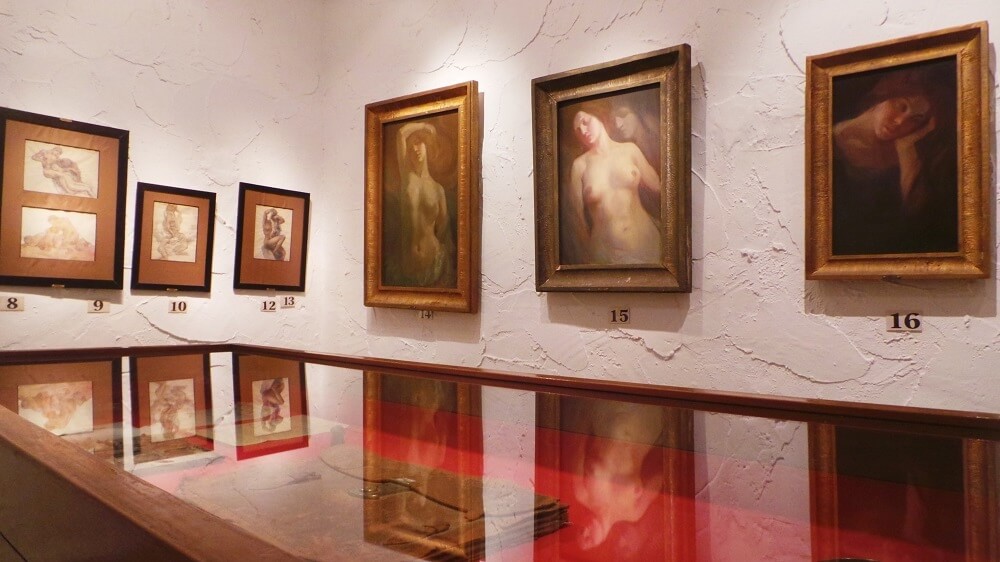 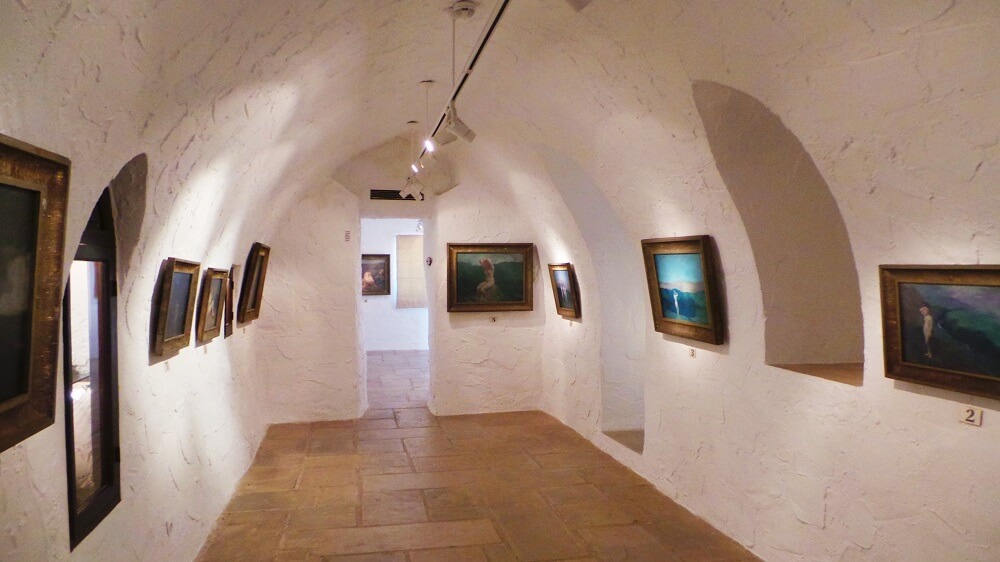 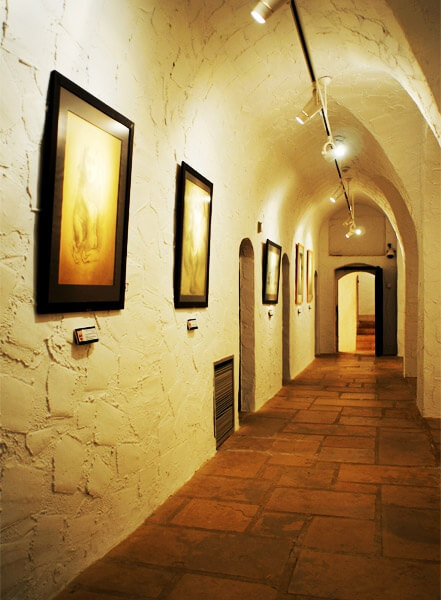