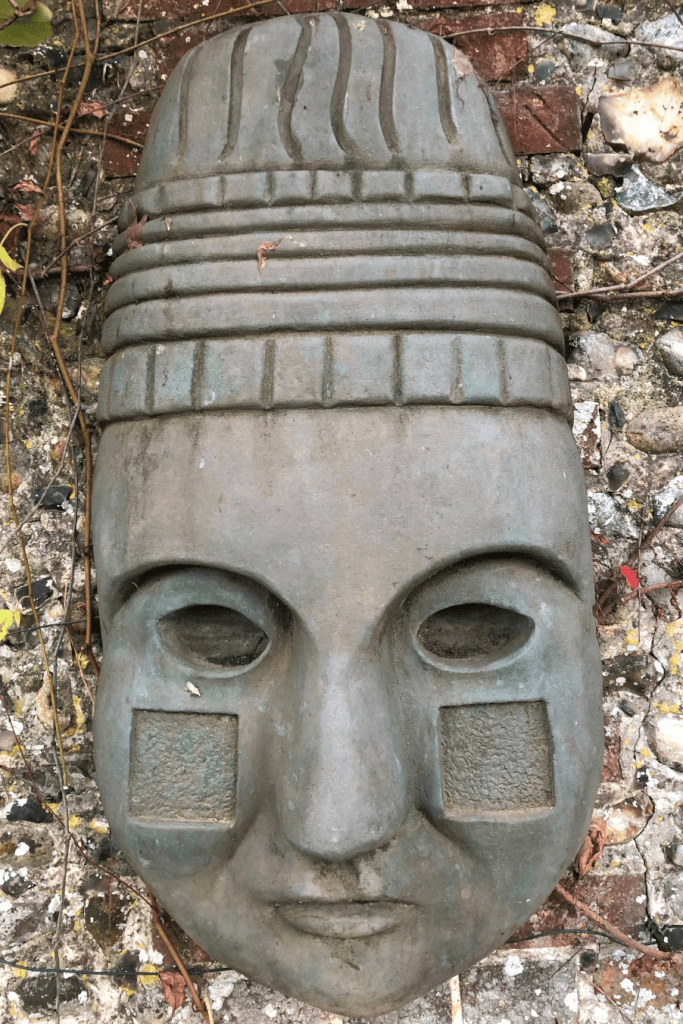 This work was cast in bronze and commissioned for a cruise liner as a water feature.

Chalchiuhtlicue was an Aztec water goddess, part of a group of Aztec rain gods, so it seemed appropriate to have her wall-mounted with water running over her.

She was the wife of the rain god and mother of the moon god.  She had all sorts of powers, making crops fertile and protecting women and children.

She presided over the creation of the Fourth Sun, but subsequently her husband, Tlaloc mistreated her so badly and made her so unhappy, that she retaliated by making it rain for 52 years.  The rain caused a huge flood which caused the Fourth Sun, to be extinguished.

She was the patron of newborns and the sick and, with her husband, was responsible for the timely arrival of the rain and water needed for successful harvests.

Water was the basis of much of Aztec life and as such Chalchiuhtlicue held an incredibly important position in the Aztec pantheon.

Her name translates literally from the Nahuatl word as ‘Heart of the Earth’, but is it more usually translated as ‘She of the Jade Skirt’ because the word often refers to green precious stones.

Eventually she drowned the world in tears of blood when she fell from the sky and humans had to turn into fish to survive.