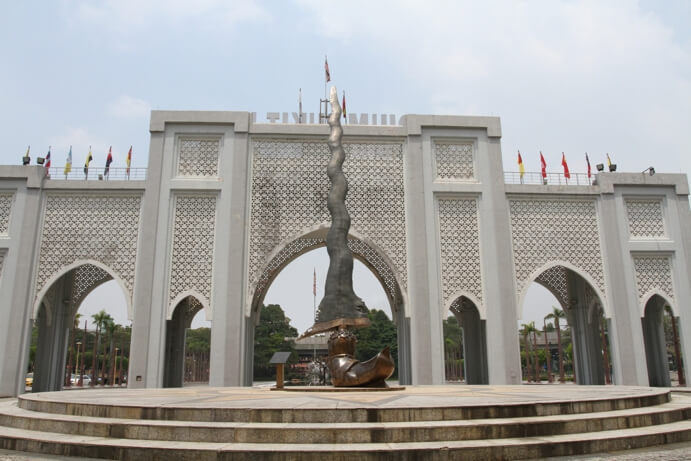 This is my biggest work to date.  It was commissioned by the Government of Malaysia and sponsored by Mahkota Technologies Sdn Bhd, GEC – Marconi and John Laing plc.

In early 1996, I was asked by the Prime Minister of Malaysia, Dato Seri Mahathir Mohammad, to produce a sculpture for the new stadium in Kuala Lumpur (KL) which they were building to host the 1998 Commonwealth Games.

Working with my then wife, Auriol Pace, we ended up creating a major heroic bronze sculpture, 17 metres high and weighing over 10 tons.  After 2 years of design and fabrication, we installed the massive work of art, on 6m deep foundations, using structural engineering advice from John Laing.  The Keris stands in front of 7 enormous arches at the entrance to the stadium and the central arch is larger than Marble Arch in London!

Our design brief included a 100 metre water feature to reflect the bronze so that it appears to be lying in its sheath.  It was a massive commission, originally organised by Tan Sri Arumagum, a major player in the Malaysian economy.

Legend has it that once it is drawn from its scabbard, a Keris has to draw blood, but it can also be drawn from the scabbard, kill your foe and then return to its sheath all by itself!  Little wonder that the Prime Minister ran from his office when I drew the Keris in our first meeting to discuss the project details with him at Government House in Kuala Lumpur! Once designed, I did the enlargement at Haligon Freres in Paris.  It was brought back to the Burleighfield Art Foundry near Slough where the numerous cast bronze sections were all made.  A steel armature was made close by and then each section was argon-welded to the armature.  The assembly was then chased, to produce this massively huge and beautiful Keris dagger which was then shipped to Kuala Lumpur. 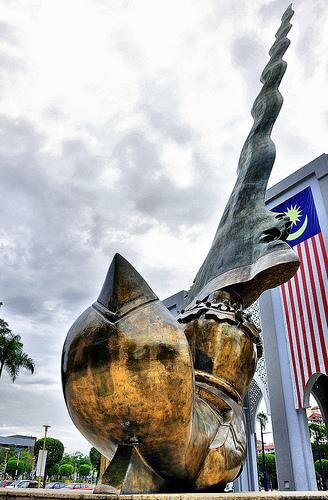 The patination was all done on site in Malaysia.  The handle of the Keris was made separately to the blade and in the foundry, during its construction, it sat next to one of Elizabeth Frink’s famous Goggle Heads.

It was a fascinating journey producing this work with numerous long flights to and from KL.  There is a short video showing some of the process.

HM The Queen closed the 1998 Commonwealth Games and we were introduced as the sculptors who created this work in the UK, not far from her home at Windsor.

The sculpture had been dedicated by the Malaysian Prime Minister and his deputy at a celebration a few months earlier. 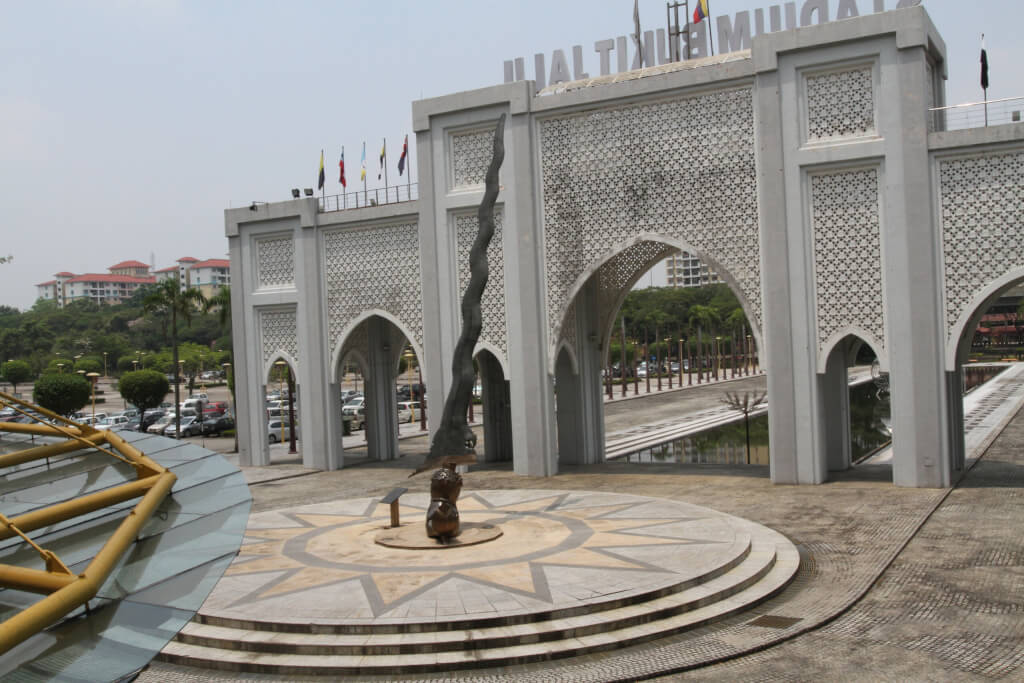 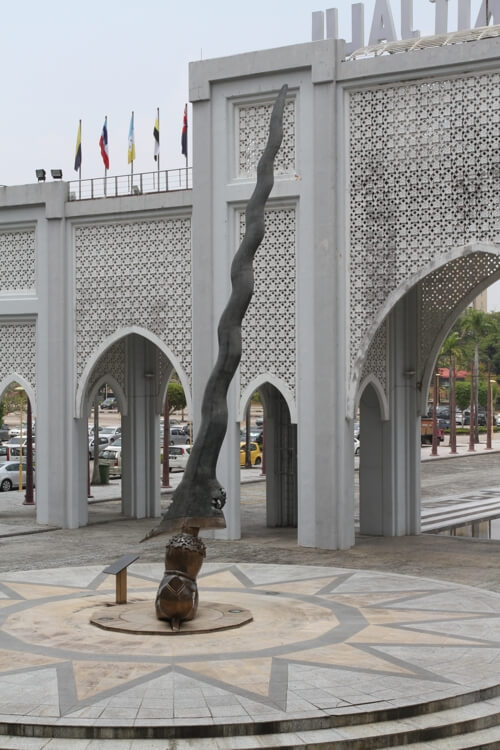 The stadium and its frontage with the arches, the pool and the Keris are all immensely impressive when surrounded by all the Commonwealth flags and were lit by night.

I understand that this heroic bronze sculpture is now held in great esteem in Malaysia as their national monument.  It is a focal point for visitors who are photographed standing next to it or sitting on its handle 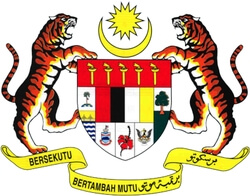